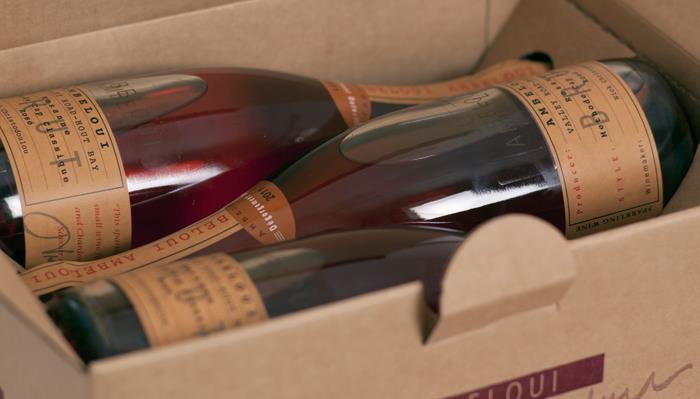 Bubbly in The Bay!

Once upon a time, a Cypriot man, his wife and his four children moved to a farm in the valley of Hout Bay, South Africa. They built their dream family home and filled their garden with vines; and with love, excitement and determination; learnt how to make bubbly. The word spread and soon their bubbly was to become one of the best kept secrets of the land. In the quest of bubbly people travelled from far and near every year on the 1st Saturday of November to discover the magical Ambeloui on the banks of the Disa River.

Nick Christodoulou, a trained engineer and Sanlam CEO, moved his family to Hout Bay, and with encouragement from family and friends decided to plant chardonnay and pinot noir in their two acres plot, in a pursuit to retire making the first methode cap classique in Hout Bay. A friend told him in reassurance; making MCC was a ‘forgiving process’ – Looking back; I think Nick and his family would disagree!

Nick had no formal training or education in wine making.  No one in Hout Bay had ever made a sparkling wine.  This valley is actually better known as a fishing village rather than a wine region.  Nick didn’t let these minor hiccups falter this dream. He and his beautiful Afrikaans wife packed their bags and went on an educational trip to Epernay.  They bought back knowledge, some second hand equipment and even more passion and determination.  With Hermann Kirschbaum – Cellar Master of Buitenverwachting by their side as a mentor, teacher and friend they harvested their first crop in 1997 and made 100 litres of MCC.  (2014 they produced 7000l)

The magic in this fairytale is the incredible commitment from each family member to make Ambeloui a success. Every family member has played an integral part in the development from a crazy idea into what is now a lucrative family business. It requires more hard work than your average family ‘hobby.’ The children didn’t spend their weekends on the beach with their school friends they were at home picking grapes during harvest or having riddling parties in the cellar when 1000s of bottles needed to be turned by hand.  In fact everything is done by hand to create a complete hand crafted product.

“Winemaking is a wonderful instrument to extend our family life” says   Nick.  Even now as the children have grown up and moved away from home; the annual sale day acts as a family reunion as they all come back and get involved.

It is befitting therefore that each vintage is named after a family member. And like the siblings; each year has its own distinctive and exquisite character. They use a very naturalist approach and let the vines determine the taste and personality; without too much interference. Each year they release four MCCs, one of which is a Brut Rose. Each vintage will be released three times; after 2 years on the lees, again after 3 years on the lee and for the last time after 4 years on the lees.

Now I am afraid I am a little tease; these wines are only available to buy from the farm on the first Saturday of November each year.  Be sure to stay in contact with them to be reminded nearer the time as believe me its not something you want to miss out on.  The gates open at 9am until it is sold out!  While you wait in the queue you can sip on bubbly and snack on delicious homemade greek delicacies.

Alexis has stepped up to take over from his Dad and in his words “If it isn’t broke don’t fix it,” so little will change. A presence on social media has however been established. Alexis wants everyone to know that they aren’t elitist; there is a preconception that the sale day was for invited friends and family only. This was how it was when it begun, but now they produce more bubbly than they have family and friends and would like to share the love!

The magic of the bubbles continues flowing in Hout Bay; all their Cap Classiques received 4.5 stars again this year in the Platters guide.

Be apart of their fairytale and keep in touch and up to date with their news;