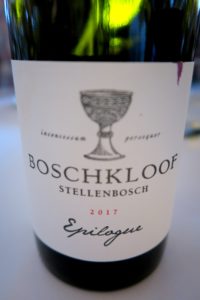 What even is the perfect wine? Reenen joked that if a someone was to score his wine 100 points then what would be the purpose of carrying on. He may as well pack up shop and find something else to do. So Tim, Greg, Christian, please don’t give the Conclusion or Epilogue 100 points!

We jest, but it’s not such a far fetched idea. Boschkloof Epilogue 2014 was awarded 98 points by Tim Atkin, making it the highest scored red wine in South Africa at that time. 2015 scored a mere 97 and 2016 was a 98 again. Reenen considers 2017 best to date and it appears Tim Atkin agrees with him. In his eagerly anticipated 2019 report, Atkin has awarded Epilogue 2017 an outstanding 99 points. So the unobtainable is becoming obtainable it seems! 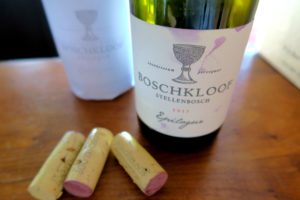 “What can I say? After scoring 98 points for two previous vintages of this world-class wine, Reenen Borman has gone one better in 2017. First produced in 2012, Epilogue just keeps improving. Made entirely with the SH99 clone, it’s intense, concentrated yet beautifully balanced, with notes of fynbos, pine and blackberry fruit and subtle 15% new wood complemented by 20% whole bunches.” Tim Atkin

Reenen, who is referrred to as one of the world’s best young winemkakers, remains incredibly humble in the lime light. He appreciates the scores and acknowledgement of course, but what is the best prize for him; seeing his wine being enjoyed by a complete stanger and adding joy to someone’s day.