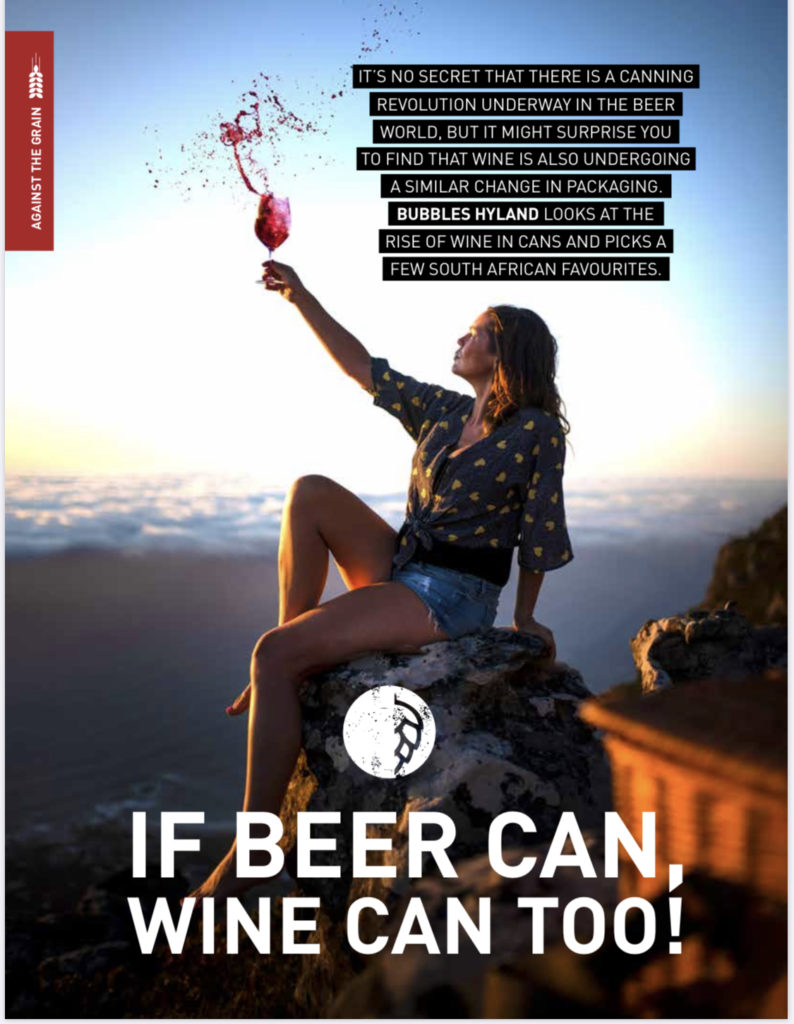 If Beer Can, Wine Can too.

Please note the below article was originally published in the Autumn edition of On Tap Magazine.

It’s no secret that there is a canning revolution underway in the beer world, but it might surprise you to find that wine is also undergoing a similar change in packaging. Bubbles Hyland looks at the rise of wine in cans and picks a few South African favourites.

There has always been a huge divide between the wine and beer industries; each painting a rather unattractive stereotypical picture of the other; the pompous, arrogant wine swirling and sniffing toff versus the overweight beer guzzler with stains dribbled on his football shirt.  Wine vs beer has always been one of the most debatable topics, it has divided nations and marriages.  But now they are closer than ever; the artisan breweries and boutique wineries unite in a shared vision relying on sustainable practices and the support of a new wave of consumer: an echo warrior who seeks convenience, isn’t regimented by tradition nor deterred by anti-establishment practices.

“While the craft beer industry sometimes feels like a speed boat, turning from seasonal releases to short-lived hybrid styles on a dime, the wine industry is an oil tanker by comparison — set in its ways and not changing direction any time fast.”

So said Tim McKirdy when writing on Vinepair.com. But  grudgingly, the old-fashioned and typically aristotic wine industry is waking up and seeing the need to modernise. 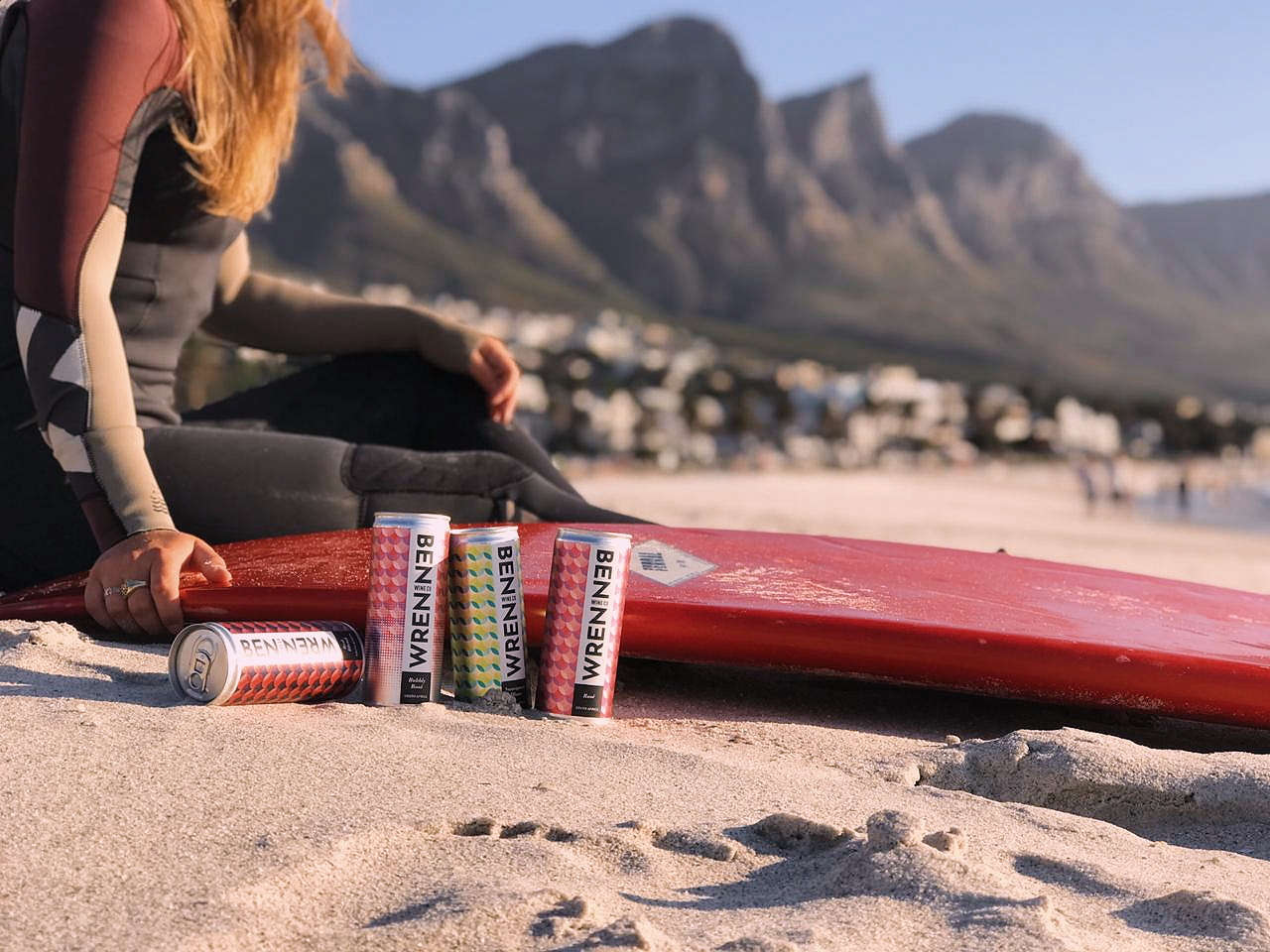 There is of course space for both wine consumers: the staid traditionalist and the hip world-changer. Luxury high-end wines will still be produced under cork and in a traditional 750ml glass bottle, but in light of climate change and the hefty carbon footprint the wine industry is plagued by, changes need to be made. Packaging for the ‘drink now wine’ needs to be reconsidered.  Dubbed as a passing trend by those who were up in arms over the screw capsule in the seventies; wine in a can, I’m thrilled to say isn’t going anywhere. It is not a fad.  It is a necessity.

Time for a change

Canned wine is neither revolutionary nor innovative.  In fact beer and wine had their first interaction with the modest can within a year of each other.  It was a fleeting relationship with wine; the old-fashioned consumer had established preferences and weren’t ready for a change in tradition; only comforted by packaging dating back to the 17th century. The beer industry was more receptive to the can and maintained a steady yet rocky relationship.  Jump forward 80 years and both industries are welcoming a renaissance in cans. More care has gone into their design and they are appealing to the younger, hipper generation whose buying decisions are heavily influenced by the product’s convenience and instagramability .

While the canned wine market is in its infancy in South Africa, elsewhere in the world, the offering has been booming year on year – with sales figures to match.  Last year, data analytics company Nielsen reported a 70% rise in canned wine sales in the US, and a whopping 155% increase in the UK. Here in South Africa, Tiny Keg, a mobile canning provider based in Cape Town, is responsible for the majority of wine-in-a-can.  They have assisted twelve brands so far and have at least fifty more lined up over the next six months.

“At Tiny Keg we believe that cans are part of evolution and more aligned with modern societies priorities. Young consumer’s spending habits are evidence of  this world wide.”

Murray Slater aka The Beer Whisperer. 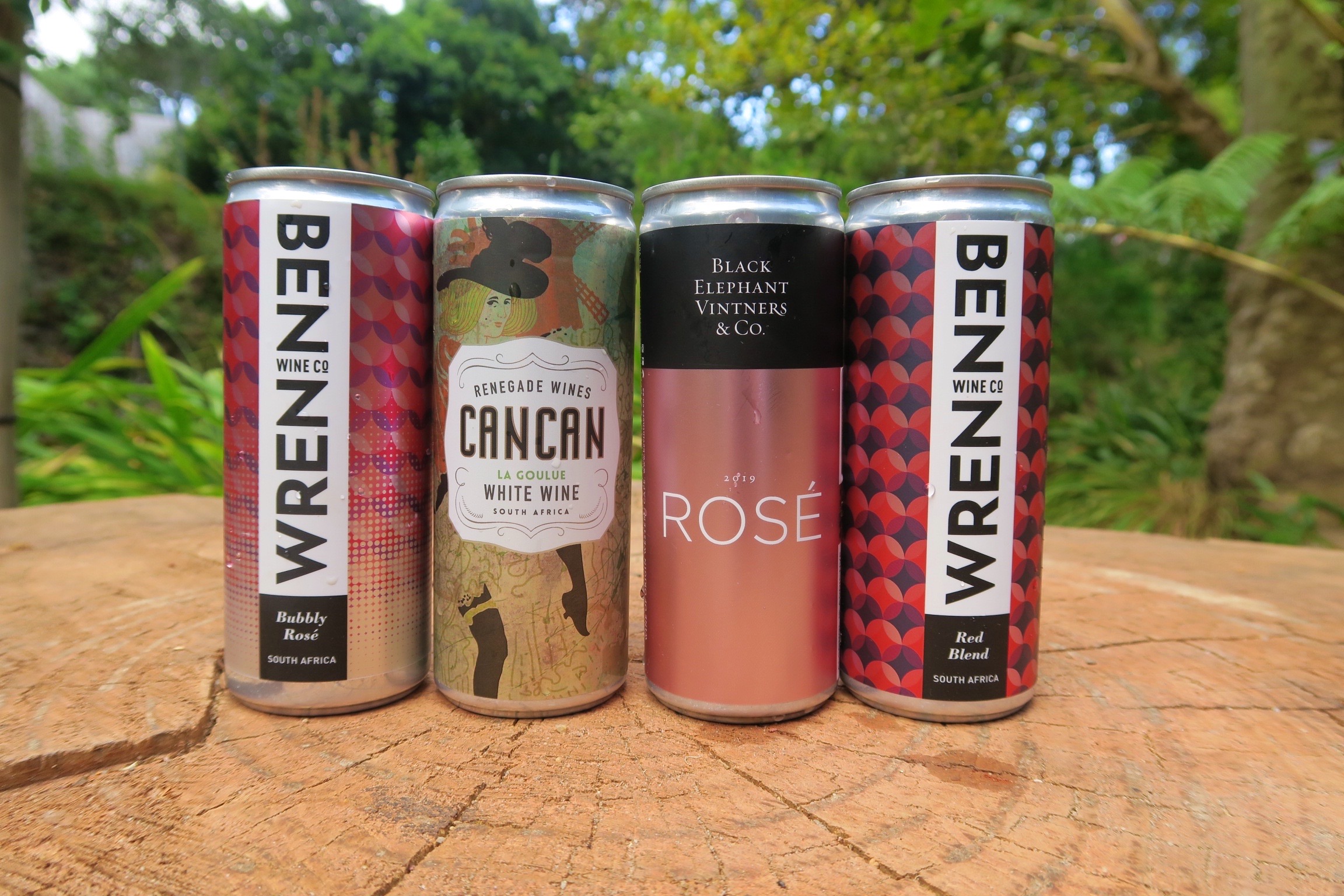 I have made it my mission to try and taste all available options on the market, which is becoming a difficult task as more and more are hitting the shelves daily.  The offerings available are clearly divided into two categories; those who have established recognition in the wine industry and those who are taking advantage of this movement but are clearly inexperienced in the art of making wine.

The difference between the two is vast – and the red flags start with the packaging.  I would in general avoid cans (and all wines in general) which are uncertified i.e. if they don’t carry the white ‘bus ticket’ which means it hasn’t been certified by the Wine and Spirit Board which “guarantees the trustworthiness of all information relating to origin, cultivar and vintage as stated on the label”. The identification numbers on the seal are an indication of the strict control by the Wine and Spirit Board, from the pressing of the grapes to the certifying of the final product.’

Choosing the right can

On taste, wines from  these new bandwagon-jumpers are superficial; decadent artificial flavours and aromas; unbalanced tannins and acidity.  I would rather get my sugar intake from a bag of wine gums, which are probably closer in flavour to the real thing.  It is unfortunate, for there is already plenty of scepticism directed towards canned wines. If someone seeking to break tradition and experiment with wine in a can chooses one of these inferior wines, it could well tarnish their experience – and damage the image of canned wines in South Africa.

The real deal shows little to no difference in taste or experience from its bottled counterpart.   The canned format is ideal for young wines, not intended for aging.  They contain less sulphur so can be better for sulphur sufferers, or those who think they have sulphur intolerances (we’ll have that conversation another day).  White and sparkling wine definitely shows better than red it seems.

Canned wine is doing wonderful things for the wine industry; not only reducing its carbon footprint but reenergising a somewhat stagnant enterprise in terms of packaging.  Bringing excitement back to the category, it is less intimidating and attracting a new clientele.  The wine producers and anyone influential in the wonderful world of wine must be ready to adapt the mindset of the craft beer segment and be willing to explore alternatives to tradition. They need to  focus on a younger consumer and more sustainable practices if they want to stay relevant and increase their market share. 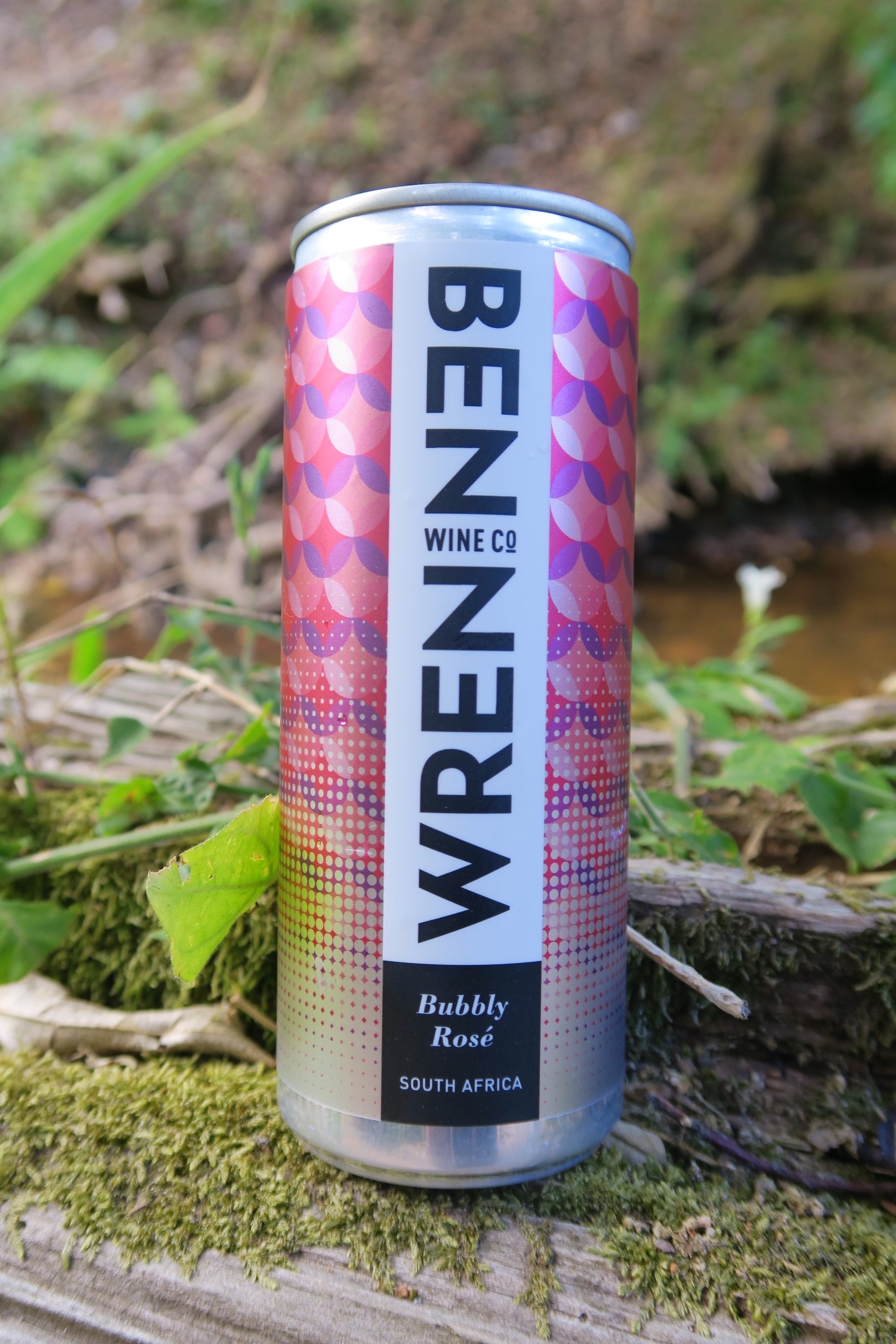 Finally a bubbly you don’t need to justify opening; for your everyday celebration. A beautiful shade of pink – you should definitely be drinking this from a glass, not the can! Appetising  strawberries and cream, light nuances of candy floss and orange peel.  Lively, with a mineral freshness. 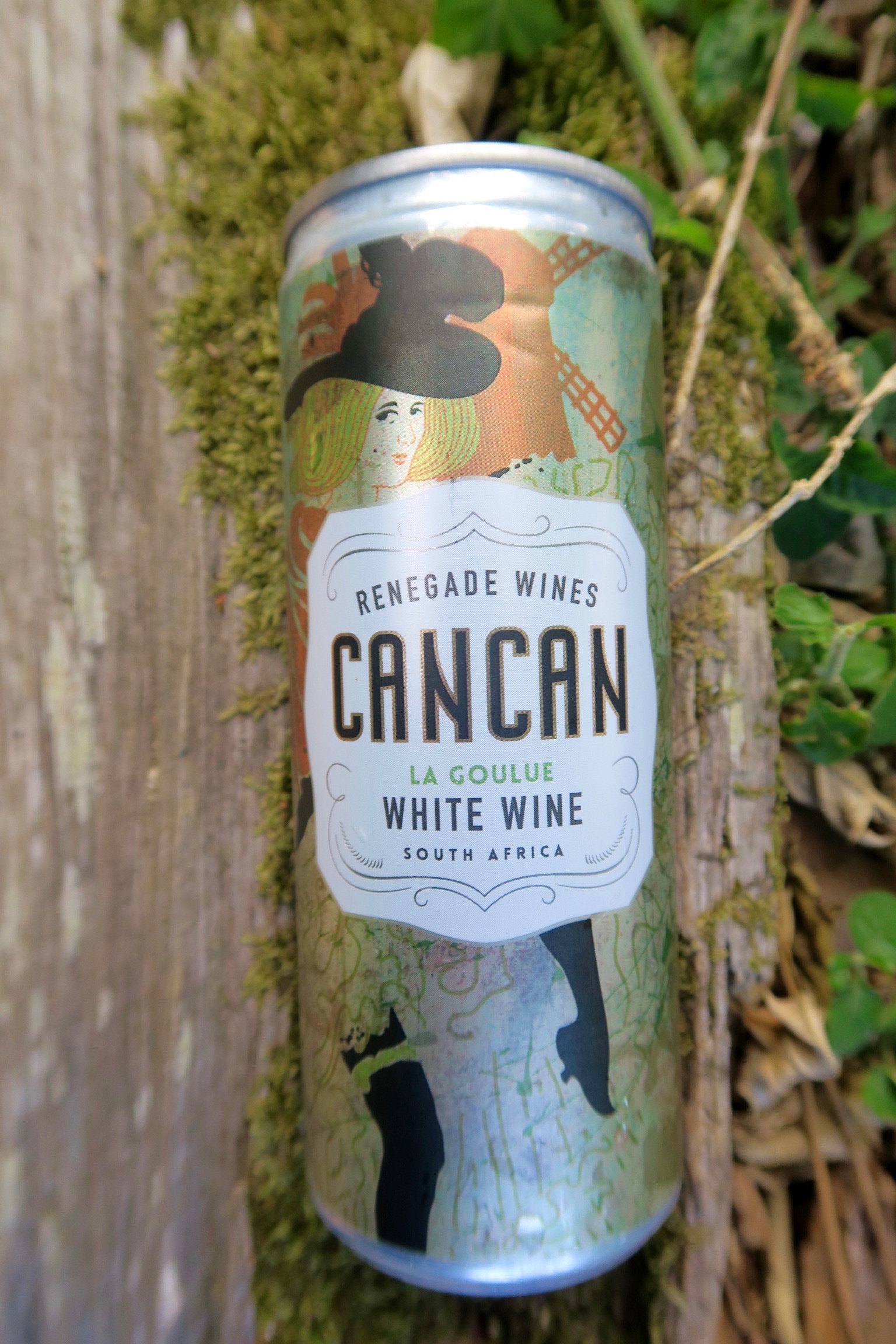 Seduces you with aromas of greengage, pear and lime skin.   A smooth entry – reminiscent of mama’s lemon meringue pie. A dynamic acidity refreshes the generous palate. 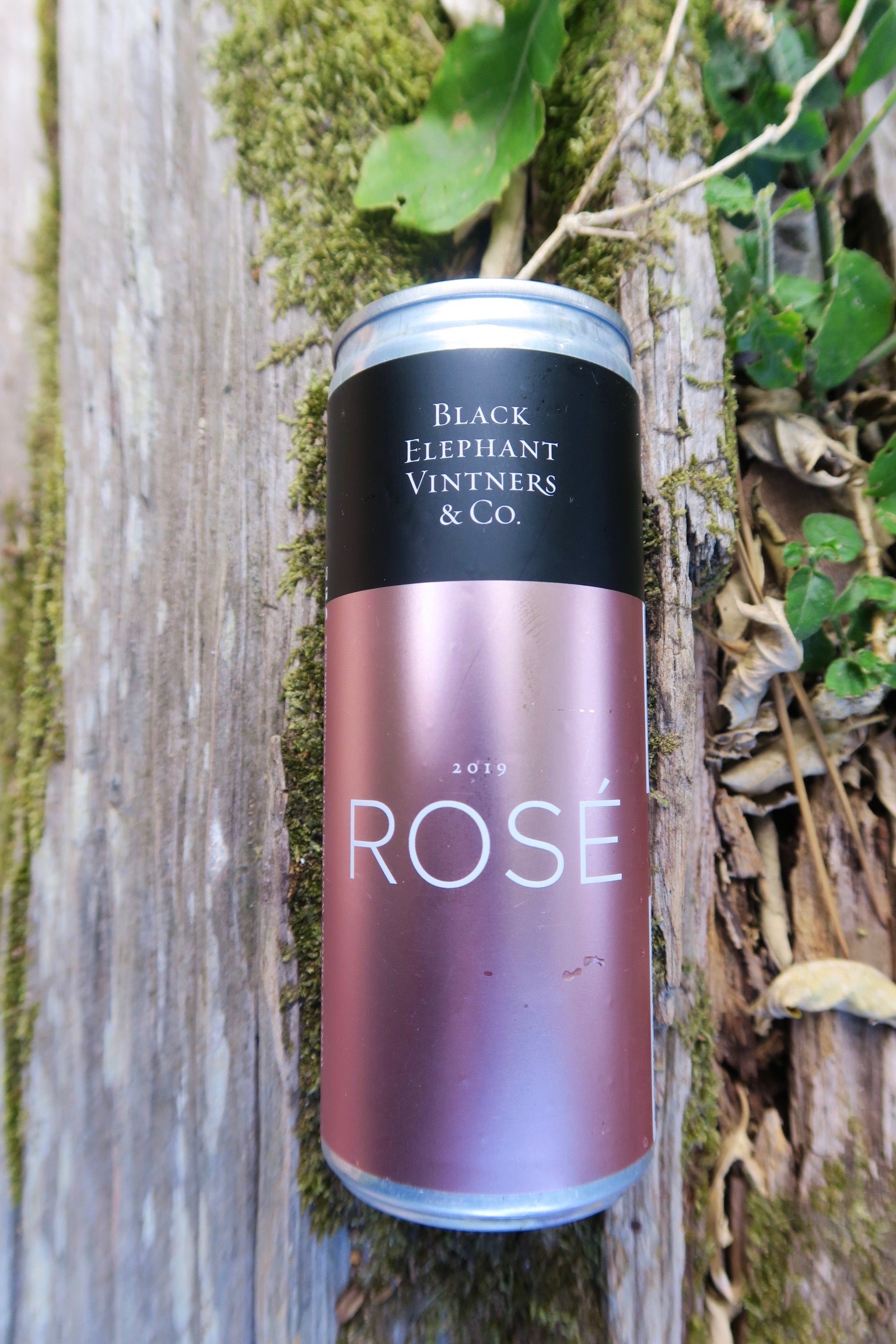 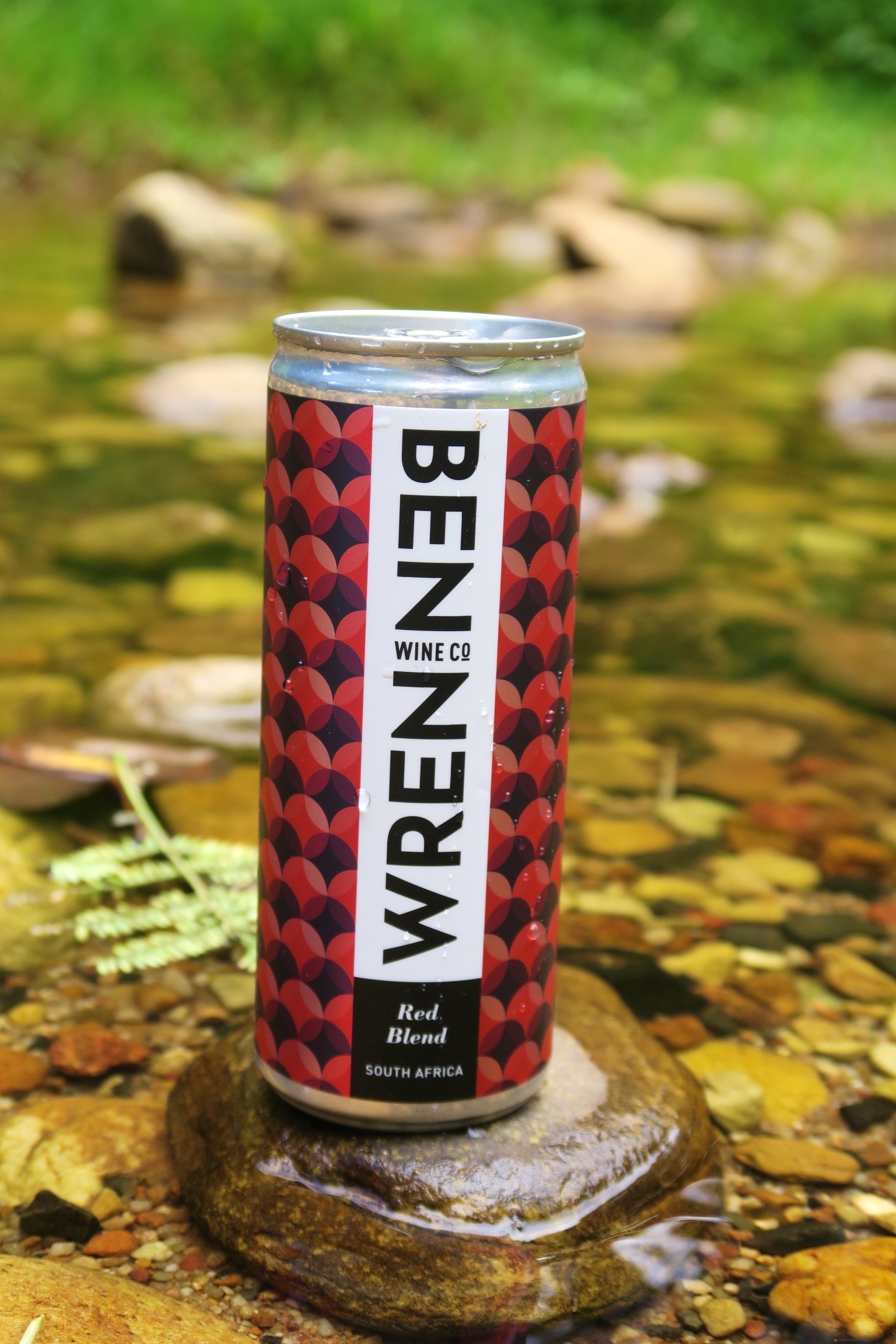 This Cabernet Sauvignon/Cinsault blend nods to the past in composition[SD9] .  Dried cranberries, goji berries with red and black cherries dancing lightly on the palate in a smooth well-balanced wine with supple tannins.  It is light and juicy, perfect for all seasons. Cool it in summer or serve at room temperature in winter for optimum drinking.