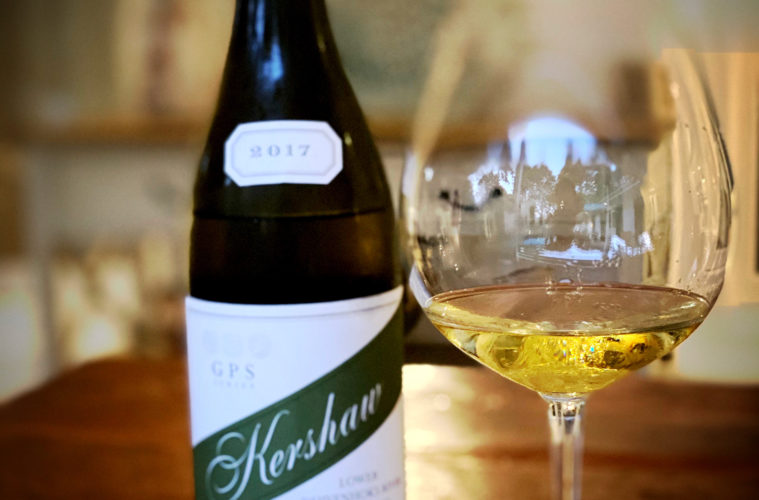 LIQUID MEMORY – 2017 Kershaw Chardonnay GPS Series Lower Duivenhoks River ~ A master class in Chardonnay. Richard Kershaw is South Africa’s only winemaking Master of Wine. His Chardonnay is an intriguing and refined combination of wine geekery & wine wizardry.
Based in Elgin, in 2016 Richard found a 36 year old single vineyard of bush vine Chardonnay planted in limestone soil. Which is renowned to be a very suitable partner in crime for Chardonnay internationally but a rarity in The Western Cape.
Restraint, minerality, freshness of fruit and a chiselled edge reflect limestone’s soil properties. The 2017 is drinking beautifully right now; but it’s only going to get better as this masterpiece develops over the next 10 years or so. At this age to reach its optimum it benefits from decanting.
Aromas of baked apple tart, lemon balm, dill and dried pineapple. A broad palate of orange marmalade and farmed butter on freshly toasted seeded brown toast with intriguing depth and notes of nougat, creme fraiche and a struck match minerality; enlivened by a persistent acidity. if there was such a thing as a perfect Chardonnay then this would be in the running for the most superb and pure example of this varietal. And one which no doubt shows a sense of place and reflects the terroir; it’s G.P.S.