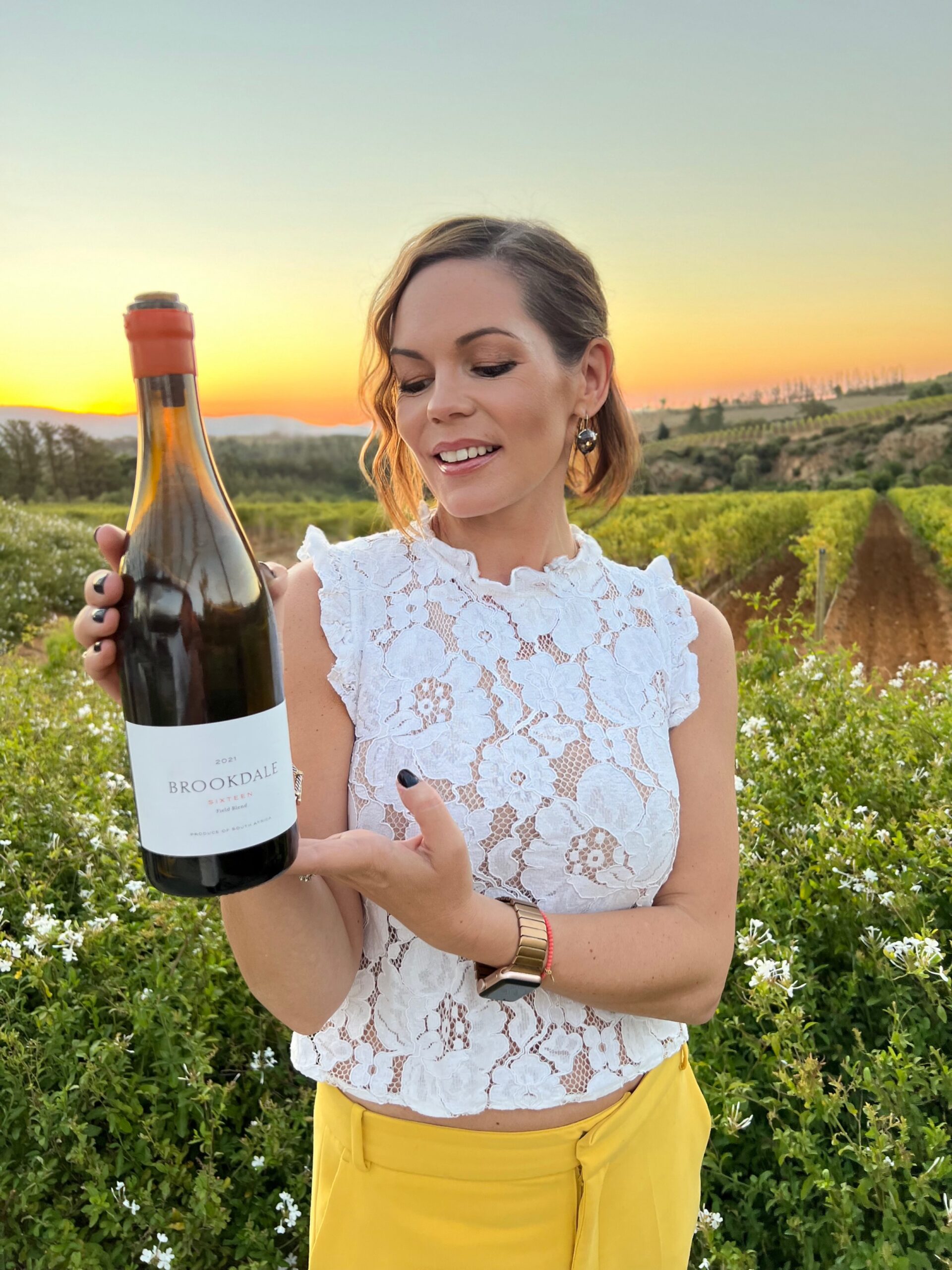 This was a rather special launch for Brookdale Estate and in fact for myself personally. The first time I visited the estate was in 2018, Duncan Savage led us into a shed where we were introduced to Tim Rudd, the owner of Brookdale Estate. Tim was in his Wellington boots surrounded by vines with a mischievous look in his eyes. They were about to plant a vineyard with sixteen different cultivars. Tim had hired the best in the business with Duncan Savage as the consultant winemaker and Jaco Engelbrecht consulting in the vineyards, evidently there was some sanity behind this seemingly ludicrous idea.

The journey since has been an accomplished one, and that moment was just the start of the love affair I’ve had with the brand. Last week was the first launch held at the incredibly impressive estate in Paarl, and simultaneously saw the release of the maiden vintage of their field blend ‘sixteen’. I was excited to taste what I had glimpsed the birth of four years prior.

Kiara Scott, a CWG protégée and now the winemaker at Brookdale, spoke of this as their first chapter in the field blend series. The philosophy of a field blend mirrors the minimal interventionist winemaking philosophy at Brookdale. The blend is decided in the vineyard not in the cellar.

The sixteen varieties have not been disclosed but they include cultivars that have flourished for centuries in France’s Rhône River Valley, the Mediterranean coastline, and the Iberian Peninsula. Acting like building blocks, each adding different dimensions and qualities, supporting one another. As the vines grow, the plants become one developing an underground network. They are harvested and vilified together and as a result the blend is fully integrated and harmonious.

The wine was barrel fermented, aged in old 500l French oak barrels for one year prior to bottling and spent four months in bottle prior to release.

Like a field of spring flowers the wine is generous in aromatics; jasmine florals, lightly toasted pine nuts, white peach and pear. The palate is soft and intriguing, reflecting the lightness of touch from the winemaker. Beguiling acidity, a gun flint minerality and a line of salinity all add further interest.

Each year the age of the vines will show in the development in the complexity of the wine. The 2021 is an incredible first chapter and an exciting release for Brookdale. With only two barrels made of this wine, I would advise you to hunt it out immediately – It is any wine collectors dream to have the first in a series of wines which is set to become iconic.