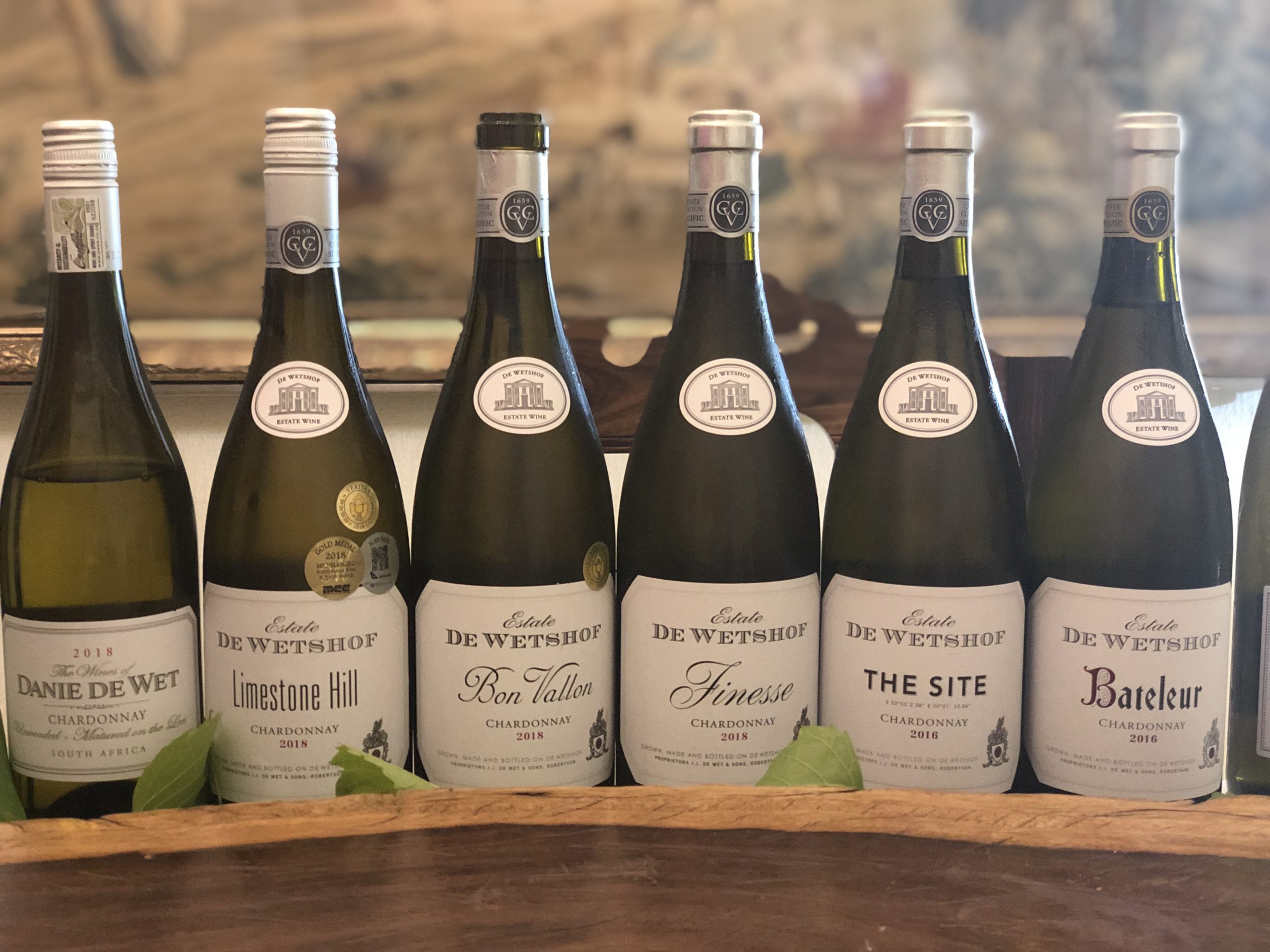 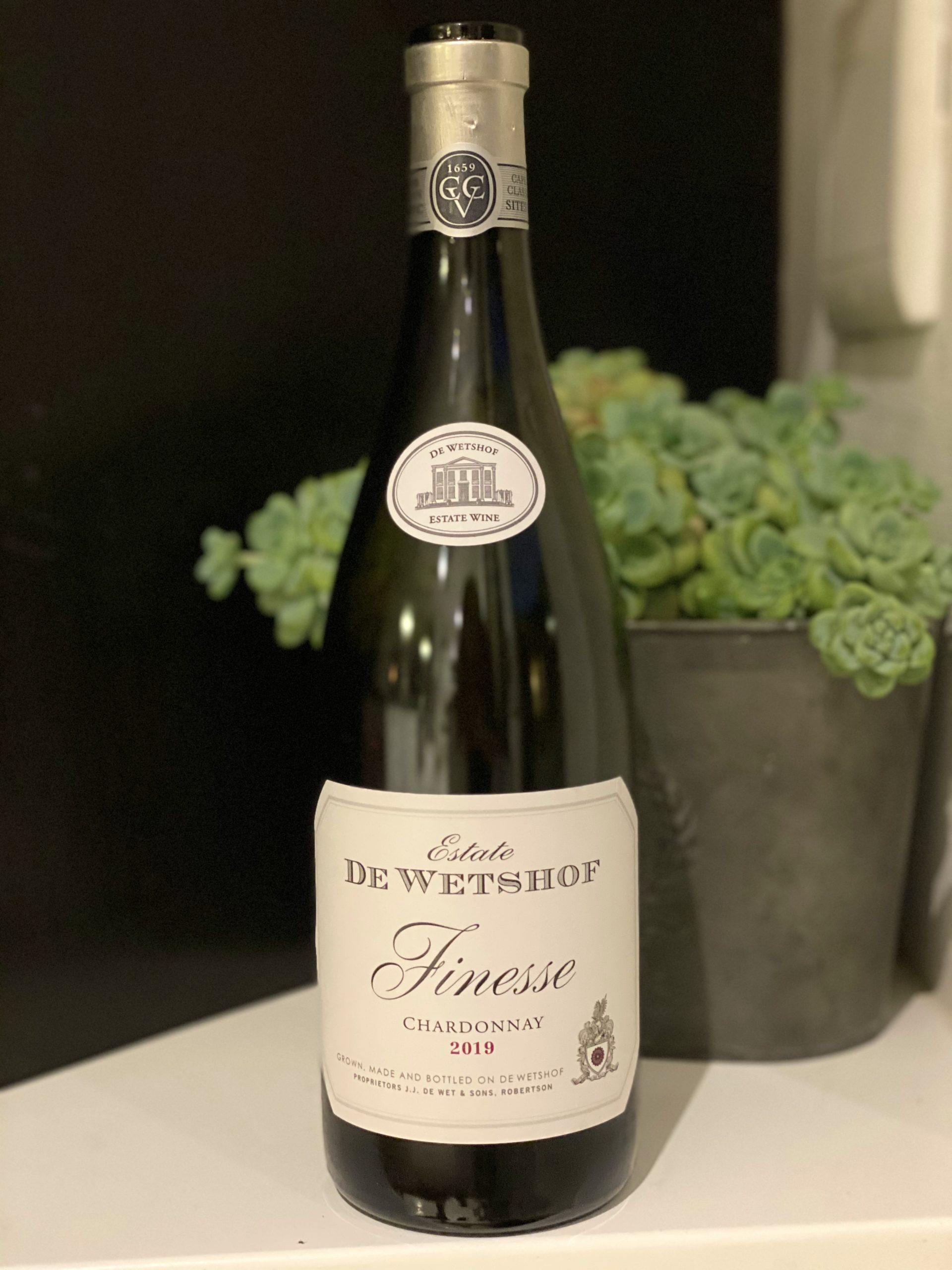 The name De Wetshof has been synonymous with the production of fine wines in South Africa since the 1970’s. De Wetshof has become known internationally as South Africa’s eminent Chardonnay House due to the pioneering role it played in introducing this noble Burgundian grape to the country.

‘I love that variety,’ said Danie de Wet, estate owner and who initially smuggled it into the country to bypass quarantine rules.  Danie is largely responsible for putting Robertson on the map; in 1972 De Wetshof became the first registered wine estate in the region.   At first glance choosing to champion this cool climate variety in a warm inland sector may seem questionable.  When challenged on this; Danie asserts “Good Chardonnay needs soil with lime, and I knew we had that in plenitude.”  And he has certainly proved himself.  And many other’s in the region have since successfully followed suit.

With Chardonnay accounting for 75% per cent of production, De Wetshof is definitely a specialist winery with many awards and accolades to its name.

Finesse is one of five Chardonnays they produce.  The 2019 vintage of this wine marks the 30th anniversary of Finesse, which De Wetshof owner Danie de Wet introduced into the market in 1989 aimed at consumers preferring a lightly-wooded Chardonnay. In 1989 the South African Chardonnay industry was barely 10 years old, with most producers using copious wooding in their wines and not appealing to all consumers. With the Finesse, De Wetshof aimed for a lighter-wooded style of wine accentuating the diversity and freshness of the Chardonnay grape.

Vines for Finesse grow on rocky, gravelly soils on De Wethof Estate. The soils are characterised by the high levels of limestone, one of the features of the Robertson Wine Valley. Vines growing in soils rich in limestone produce grapes of balanced pH levels that add complexity to the wine as well as ensuring their ability to age.

The wine is mostly fermented in 2nd and 3rd fill barrels, specially selected to express the fruit nuances in the wine and subdue the stern effect of oak. After fermentation the wine ages in the barrels for 10 months. Stirring of the lees is done every week to add texture and mouth-feel.

Last year I had an opportunity to visit the extremely impressive De Wetshof Estate.  With us both sharing the same passion for Chardonnay I was in for a treat 😉  A year later and my De Wetshof collection depleted, I was more than elated to receive a bottle of the newly released De Wetshof Finesse on my doorstep delivered by the masked and jubilant Emile Joubert.   A subtly oaked Chardonnay doesn’t compromise the fruit or terroir and is a safe bet for most guests (or those imaginary friends around the table in the Covid-19 Lockdown!).  There is no lacking of palate weight in this fine example, lees contact has broadened the mouth feel and the natural acidity refines it.  A South African version of Chablis in my humble opinion.  A squeeze of freshly cut citrus, lily stigma and hibiscus blossom on the nose, lemon marmalade, star fruit and cooked pear comes through on the palate with chopped almonds and nuance of celery leaf.  It is the perfect mid week wine, fresh and delicious; just be warned it goes down a little too easily!