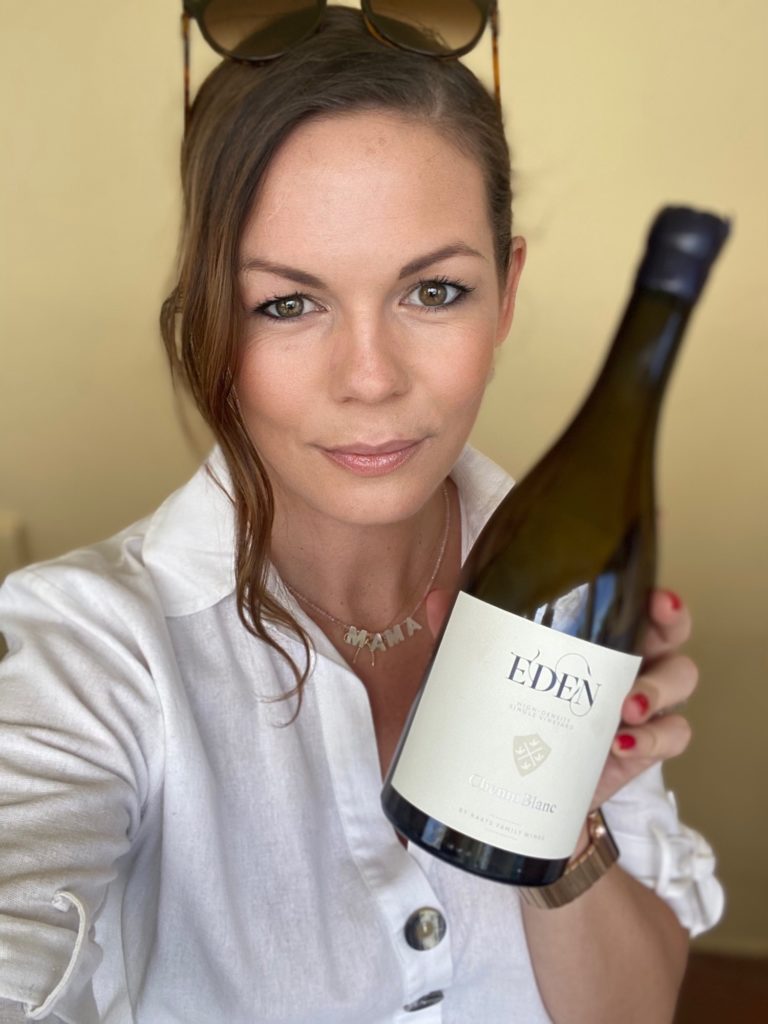 “Cabernet Franc and Chenin Blanc. That’s it. Since 2000, founder Bruwer Raats has kept his focus on these two varieties, believing that specialising would lead to success. This belief was not unfounded, as today, Raats Family Wines is regarded as a leader of South Africa’s Chenin Blanc and Cabernet Franc, receiving consistent local and international accolades.”

After several successful stints at prestigious wine estates in Banhoek Valley in the Western Cape, Bruwer Raats established his own brand in 2000 – Raats Family Wines, situated in the Ward of Polkadraai, Stellenbosch. He is very proud to proclaim that he didn’t inherit a farm; his father didn’t believe in hand outs and taught Bruwer to work for his dreams; that way it would be far more rewarding. This worked out well for Bruwer as it meant that he could design his destiny. He found a farm with the ideal soils for his varietals of choice. After metriculous research and planning Bruwer planted South Africa’s first high density Chenin Blanc block in 2009 and a smaller block of high density Cabernet Franc.

It is his mission to consistently produce Chenin Blanc and Cabernet Franc of outstanding quality and to establish these wines as international benchmarks.

53% of vines planted in South Africa were Chenin Blanc, but no one, until Bruwer, saw it’s potential or valued it as a quality grape. It was a grape that Bruwer believed in and one he believed South Africa could claim as our national grape. And now he produces one of the finest examples; The Eden Chenin Blanc. Unlike its peers, The Eden Chenin is from young vines. In South Africa, we tend to chase old, gnarley vines, and it is true, in general, they do produce better wines with more complexity and concentration. But someone needs to create old vines for the next generation. Bruwer is creating a legacy. The benefits will come. One doesn’t have to wait to make good wines. If you plant the right variety in suitable soils, facing the right direction and use the correct rootstock, you can create your own Grand Cru vineyard in your garden of Eden! Quality by design.

2019 was a robust white wine vintage for Stellenbosch, and the last of the drought. Yields were considerably down, which isn’t great for the farm’s bank balance, but gives the wine an incredible concentration. The result is a Chenin with perfect clarity, great structure, and a exceptional length. A generous weight is balanced with a dynamic acidity giving it grace and tension. Nuances of Granadilla appear in 2019 for the first time, alongside other tropical fruit, yellow apple, pear and lemon verbena with a ginger spice. Lifted by a wet gravel minerality, its a wonderfully complex and sophisticated Chenin Blanc. And a contender for South Africa’s best.

Bruwer is the only Cabernet Franc specialist in South Africa, when asked why would he dedicate his winemaking career to this primarily disfavoured Bordeaux cultiver his answer is; “Cabernet Franc has the ability to give you three distinct sets of aromas on the nose: fruit, spice and herbaceousness. On the palate, it has a linear structure with silky, soft tannins at the end. It maintains its minerality and freshness. Where Cabernet Sauvignon is a broad-sword, Cabernet Franc is a scalpel that delivers its flavours with great precision.”

This is most certainly lauded as South Africa’s finest Cabernet Franc, and it competes with some of the best in the world. Only one barrel is produced from a 0.2 hectare vineyard of high density Cabernet Franc, adjoining its pigeon pair, and Bruwer’s other grape love; the Eden Chenin Vineyard.

10% whole bunch fermentation brings a lightness and freshness to this wine. Like all great wines it has a harmonious balance of elegance and complexity. Deliciously perfumed – the nose shows orange peel, rose petals and lucious red fruit with hints of pencil shavings. The palate is energetic yet linear and focused. Graceful dark red fruit and earthy notes of roasted beetroot interplay. A graphite minarality, delicate tannins and bright acidity keeps the wine dancing long after the final sip has reached its final destination.

Eden Cabernet Franc has all the hallmarks of a fine Cabertnet Franc. If you have yet to descover a great example of this cultiver, and if you can afford it, and/or find it, then this would be a great place to start.

It was deemed controversial; some thought he was crazy specialising in these two seemingly unconventional cultivars and then attempting to produce premium wines from juivinile vines. But Bruwer knew exactly what he was doing; the proof is in the pudding and the naysayers have since been silenced.