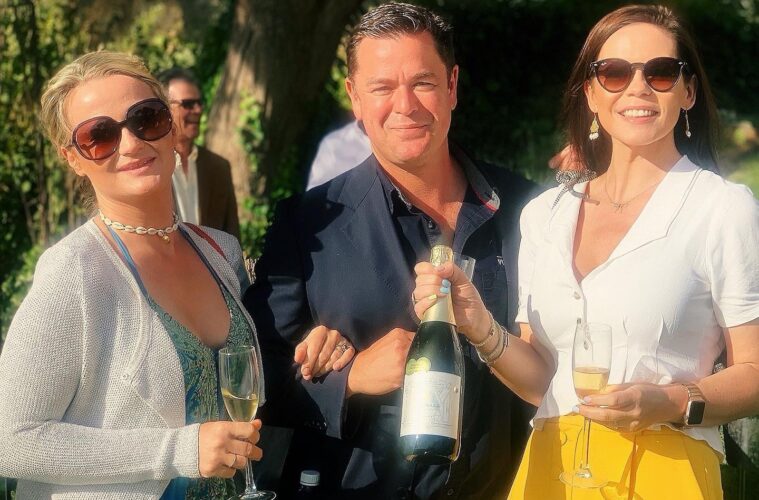 Earlier this month Vondeling released the 2018 Rurale; a true South African example of a Mèthode Ancestrale.

But what is Mèthode Ancestrale?

This method of sparkling wine production uses icy temperatures (and filteration) to pause the fermentation mid-way for a period of months and then wines are bottled and the fermentation finishes, trapping the CO2 in the bottle. When the desired level of CO2 is reached, wines are chilled again, riddled and disgorged just like the traditional method, but no expedition liqueur (sugar) is added. The technique is referred to as the Ancestral Method because it’s assumed that this is one of the earliest forms of sparkling winemaking.

Rurale was the first recognised Mèthode Ancestrale in South Africa in 2013 and it still remains one of best. Matthew Copeland, winemaker at Vondeling, was instrumental in introducing this now very popular category in South Africa.

At the launch we were lucky enough to have the opportunity to taste through the vintages from the maiden vintage 2013 to the new release 2018. My two highlights were in fact the two bookends; the 2013 showed beautifully; ageing gracefully, the bubbles still energetic with a generous palate. The 2018 comprised of 80% Chardonnay & 20% Pinotage. A fine creamy mousse, aromas of fynbos honey, shortbread biscuits before a full and rich palate energised by fresh crisp apples and pears and a generous zest of natural acidity. All intertwined into a wonderful glass of bubbly.

Natural fermentation begins in a stainless-steel tank and when only a small, but critical amount of sugar remains, the fermenting wine is bottled and capped. Bottling must be done at the precise moment when there is enough remaining sugar to create a healthy, vibrant mousse, but not so much as to cause the bottles to explode. This single, continuous fermentation, using fruit which is approximately three weeks riper than the base wine used to make Mèthode Cap Classique, is what makes Mèthode Ancestrale unique. The wine is matured on its lees for 3 years before riddling and disgorging. Autolysis of the yeast cells increases richness, palate weight and creaminess to the wine. After being hand riddled over a one-month period, it is disgorged and topped using their flagship white blend, Babiana from the 2013 vintage, as an alternative to liqueur d’expedition. The name Rurale is the original name for what was later recognized by the French A.O.C as Mèthode Ancestrale.

“The single ferment allows you to pick the grapes at a potential alcohol of about 12 per cent. The need to re-ferment your base wine in Champagne requires a far lower initial alcohol and consequently about two weeks less ripening time. Champagne therefore has a higher acidity, far less varietal character and is basically less expressive of its terroir… Some may argue this point but few would dispute that in our warm climate flavours develop more slowly than our sugars and an extra few weeks of ripening can make a whole lot of difference. This is an uncomplicated, yet pure expression of both the grape and its origins”

While sipping on Vondeling’s delicious new release I wondered what the difference was between Pét-Nat and Mèthode Ancestrale. In my head a Pét-Nat is lighter with much softer bubbles, Mèthode Ancestrale wines are a little more developed; the older more predictable brother. This is one of the reasons I love wine, so many rabbit holes to go down, so much to learn. Internationally Mèthode Ancestrale is the method and Pét-Nat is the product. The name on the bottle is very much up to the style created by the producer; much like Syrah versus Shiraz. Locally its all about the pressure in the bottle; below three bar and its a Pét-Nat and above is officially called a Mèthode Ancestrale. Pét-Nat has been very on trend over the last few years, as the momentum for natural wines have increased. Minimal intervention with maximum character.

The majority of the most well known and highly acclaimed bubbles, locally and internationally are made using the Méthode Champenoise. Find out more about that and Cap Classique here