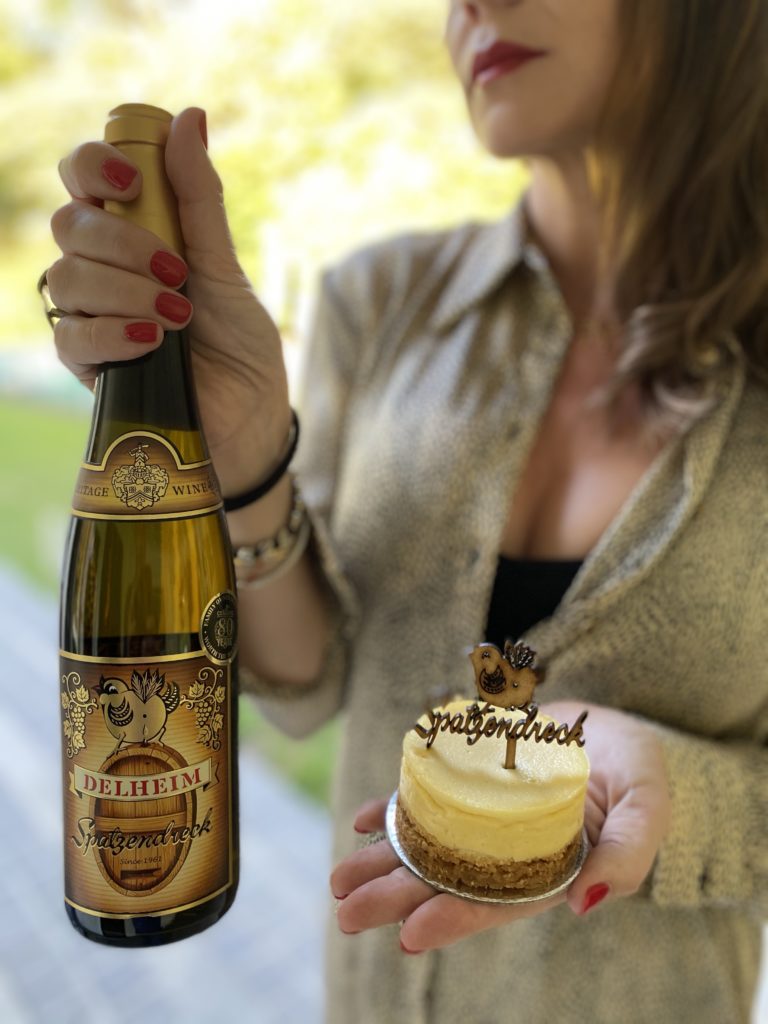 The story of how the wine came to be however, is the stuff of legends. Spatz himself noted how it all began, one Sunday afternoon in 1961. The family was entertaining, and he invited guests down to the cellar to try his latest creation.

“At that stage I was experimenting madly as there were no local experts or laboratories to check one’s wines, or many other producers to compare notes with,” his written recollections declare. “My sole tool was a determination to somehow produce a drinkable wine and a great affection for this heavenly liquid.

“All went well until a sample was drawn from tank No.13.”

The wine was not as it should have been. One disgusted guest – a close friend – even proclaimed it “dreck”. Spatz was wounded, as his diary later shows, but certainly not vanquished.

Spatz’s Dreck was born and South Africans learned to drink wine, with this Late Harvest style rendition setting the quality standard for sweet wine in the early 1960s.

According to next-generation custodians, Nora and Victor, the wine is a reminder of the spirit of tenacity and a sense of humour which set the foundations for Delheim.

Even the dubious honour of appearing in the esteemed British wine publication Decanter in 1978 for his packaging voted Worst Label of the Year, spurred him on. As the magazine put it: “What gives this label its Olympic class is the translation of the wine name which, to put it delicately, is ‘sparrow’s dropping’.”

The founding trademark of a cheeky sparrow doing its business into a cask would however, remain.

After all, how could its creator dispense with it when his surname – Sperling – is German for sparrow and his nickname, Spatz, the diminutive form? It was classic Spatz humour.

Tenacity and resolution eventually saw the inimitable Michael Hans “Spatz” Sperling established as a pioneer of the South African estate wine industry. The list of credits, especially as it applies to wine tourism, are often quoted and includes his having been instrumental in setting up the Stellenbosch Wine Route 50 years ago in 1971 – a first for South Africa.

The Late Harvest trend in South Africa grew from strength to strength and the family finally decided that Spatzendreck could no longer compete in this category. The historic value of Spatzendreck gives Delheim metaphorical wings to fly and visitors to Delheim will always be reminded of the humble beginnings of Spatz’s first efforts.

Since 2013, the winemaking style changed Spatzendreck to a natural sweet, barrel-aged wine. This is a collector’s item to treasure the farm’s history and reminisce over pioneering efforts, tenacity and a sense of humour.

Careful cellaring will allow the wine to age for 10 to 20 years from vintage.

Delivery is FREE with orders totalling above R1 200.

Delheim Estate is in the Simonsberg sub-region of the Stellenbosch Wine Routes, on the Knorhoek Road, off the R44.

Share
Tweet
Share
Save
Email
PrevPreviousWine Sales May be banned but there’s A lot more going on at Steenberg, and other ways for you to support them in their time of need.
NextWell Fed; LOCAL @ Heritage and Chefs Warehouse, Wine Bar & Pinchos.Next