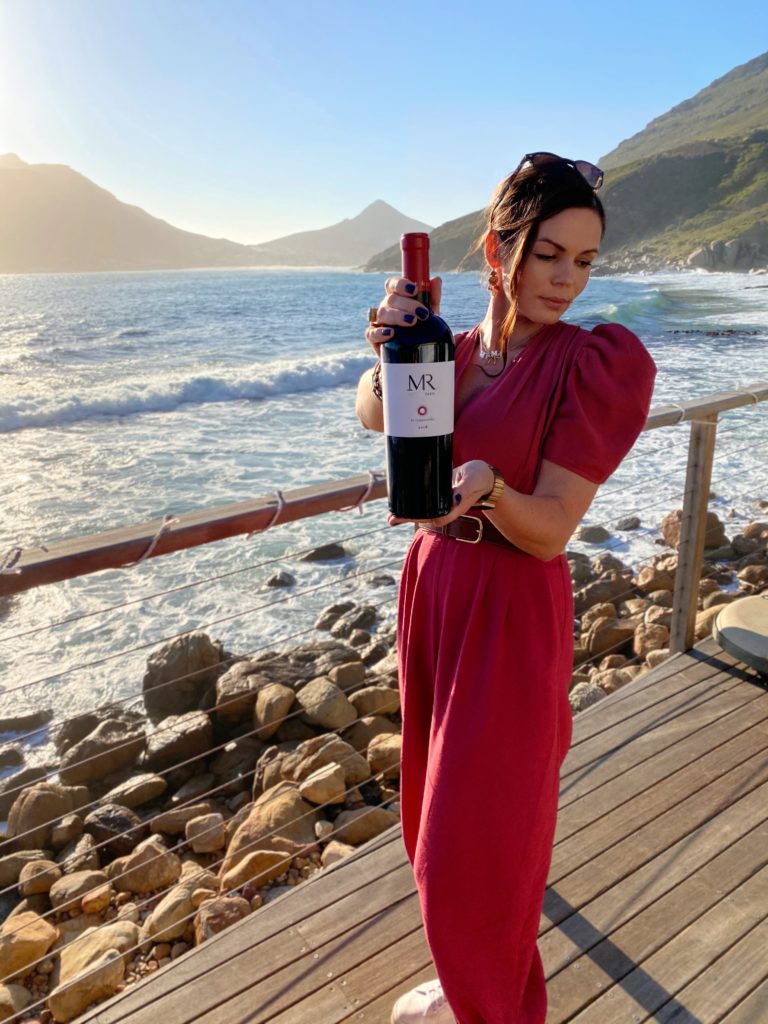 “Quality As The Leading Component”

“The formation of MR de Compostella epitomizes the meeting of two strong winemaking minds and an existing friendship between Mzokona Mvemve (the M) and Bruwer Raats (the R). de Compostella itself refers to a constellation of stars, with each shining star being a tiny addition to the larger blend of the galaxy that makes for something spectacular. Together, the MR de Compostella is driven neither by style nor variety, but by its leading star component – quality.”

The highly anticipated release of MR de Compostella 2018 has once again affirmed Bruwer and Mzokona, as masters of the New World Bordeaux Blend. A monumental wine, full of grace, complexity and depth.

In a quest to produce an iconic, world-class, ultra-premium Bordeaux Blend, the duo have done it again. Since the maiden vintage in 2004, The MR de Compostella has consistently been one of South Africa’s highest scoring wines on an international stage.

The 2018 is awe-inspiring, statuesque, yet far from intimidating. It holds the stage, engages the audience with gentle but close-knit, firm tannins. The dark, sultry fruit embraces admirers, embodies the aromas and tantalises the palate.

It’s a bold statement but I think this may be my favourite vintage of late. It’s still an adolescent and has so much to offer for years to come, yet here it is, standing proud, with its chin up high, shoulder to shoulder with the magnificent giants that is 2015 and 2008. It has the complexity and tannin structure to age as gracefully, yet has an affable charm which is so appealing now.

The 2018 was in true Bruwer style, launched at the magnificent Chefs Warehouse at Tintswalo Atlantic. Spoilt with insatiable views and an impressive vertical of exemplary vinatges of MR de Compostella accompanied by an innovative array of gastronomic masterpieces by Head Chef, Braam Beyers.

Bruwer admitted that he paid a little too much buying three bottles of this momentous vintage back from the Strauss & Co Auction. In 2011 it was awarded 96 points by Neal Martin for the wine advocate, the highest score an SA wine had ever received. So impressed, it was included in the Wine Advocates most “memorable wines in the world.” Coincidently two weeks prior to the 2018 launch Neal Martin retasted the 2008 blind and matched his initial score of 96:

The 2008 draws many similarities with the 2018. Neither are ‘in your face, blockbuster wines’, as Bruwer comments. They are both gentle but not without structure and complexity. Statistically, both vintages had lower yields. 2018 due to drought and 2008 due to wind damage. But the fruit in both years was healthy, which is evident in the purity of fruit in each wine.

A warmer vintage with a couple of heatwave. A wine with a more extensive structure. More blackberry fruit. This also received a 96 by Neal Martin. The wine still needs time to shine; it hasn’t met its full potential yet.

This was the most prominent and tightest wine of the line-up. It still has a few years to go to be in its prime ‘drinkability’ window. Perhaps if the Cape was storming, like it is as I write this, and I was presented with a bottle and a juicy steak, my opinion may falter. But sipping on a sunny autumnal day with dazzling blue skies it gave me a lot to chew on! Bruwer referred to its release, saying it was probably the most difficult to sell, showing such restraint in its youth, a shy nose, compact tannins. It has started to open up and show fruit, but its journey of prosperity has only just begun!

A problematic vintage – it rained the last week of March, up until then, it was inconsistent – both cool and warm. It was a huge crop, 25% more than the average, so much so they had to drop fruit. In terms of structure, it was probably the lightest. The easisest drinking wine of the day, but in saying that, it still has the potential to last another ten years at least.

This was the start of the dry spell, but the ripening stage was perfection which resulted in an impeccable wine—my standout wine of the day, in fact. The wine still shows a youthfulness yet an approachability. Complex, tightly woven, this wine will continue to astound for years to come.

This was an incredibly challenging year with 19 days over the growing season over 40 degrees this was the hottest year ever recorded in Stellenbosch, and on earth in fact! It had Bruwer, Mzokona & Gavin on their toes and thinking out of the box. Most of the varieties suffered within the heat, but luckily they had one small vineyard in Faure they could rely on. 1km from the beach, this Cabernet Sauvignon vineyard was south facing and overlooking False Bay, the early morning fog and cooling ocean breeze kept it in good condition. 64% of the final blend ended up being from this tiny vineyard. If it wasn’t for this cool cab, the MR 2016 would have been declassified.

It is now the most successful of all of the vintages on Vivino, and the highest-rated Bordeaux Blend in South Africa, as well as top 10 in the world!

The volume for this release is down considerably; from 6000 bottles produced in 2017, there are 3800 in 2018. This year they were more meticulous in their barrel selection. Only the most pristine, bright and clean survived. Of the forty barrels which initially scored over ninety points, nine were discarded. An extra step was taken this year to be exceptional.

Consistency and excellence are the name of this game; there is no weakest link. The 2019 was not bottled as it did not live up to its predecessors’ ideals. Sidenote that means the MR’s baby brother, the Raats Jasper 2019 Red blend, will be knocking it out of the park for R250 +/-.