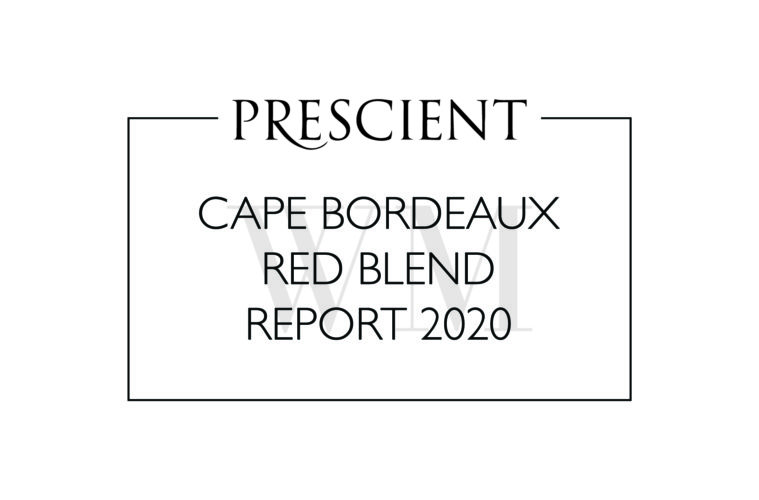 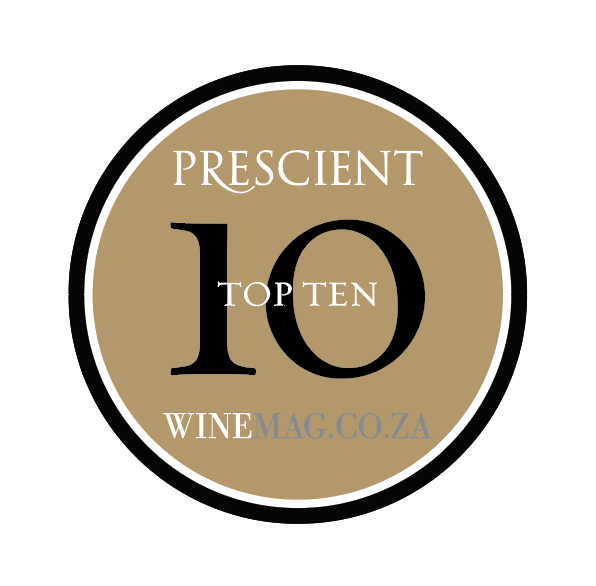 The sixth annual Cape Bordeaux Red Blend Report convened by Winemag.co.za and sponsored by multinational financial services company Prescient is now out. There were 61 entries from 51 producers and 33 rated 90-plus on the 100-point quality scale.

The 10 best wines overall are as follows:

Both luscious and powerful.

Matured for 12 months in 100% new oak followed by another 12 months again in 100% new oak. 56% Cabernet Sauvignon, 44% Merlot. A complex nose with red and black fruit, fresh herbs and attractive oak. Intense but not weighty with lovely fruit expression and freshness, the finish long and savoury.

88% Cabernet Sauvignon, 11% Merlot and 1% Petit Verdot. Matured for 15 months in French oak, 100% new. A complex nose with notes of red and black fruit, fresh herbs, tea leaf, earth and boot polish while the palate is plush and full with plenty of flavour and fine tannins.

73% Cabernet Sauvignon, 15% Merlot, 9% Petit Verdot and 3% Cabernet Franc. Matured for 22 months in French oak, 54% new. A wonderfully enticing nose with top notes of flowers and herbs before red and black fruit plus pencil shavings.The palate has great purity and freshness to go with fine tannins – poised and precise.

“The panel was impressed by the fruit power on display”, says Christian Eedes, chairman of the tasting panel and Winemag.co.za editor. “Gone are the days of under-ripe wines with aggressive tannins. We’re seeing a better understanding of when to pick and there also seems to be greater precision in the cellar.”

How magnificent 2017 is proving to be for South African fine wine with eight out of the Top 10
in this year’s Cape Bordeaux Red Blend Report from this vintage.This is the sixth time that this report sponsored by multinational financial services company Prescient has been compiled and it attracted 61 entries from 51 producers, with 33 or 54% rating 90-plus on the 100-point quality scale.

Of the Top 10, Stellenbosch was once again to the fore with seven wines, the other three being Org de Rac Cabernet Sauvignon Merlot Reserve 2017 from Swartland, De Grendel Rubaiyat 2016 designated as W.O. Coastal Region (Durbanville and Stellenbosch) and Quest Bordeaux Style 2017 designated as W.O. Western Cape (Breedekloof, Darling and Paarl).The average cellar-door price of the Top 10, meanwhile, is R534 a bottle with Org de Rac the most affordable at R250 a bottle.

Many producers position their Cape Bordeaux Red Blends at the pinnacle of their range and these wines tend to be luxuriously styled with plenty of fruit concentration to go with a general plushness.There are a few wines still showing overt methoxy-pyrazine character
(the chemical compound that gives wine herbaceous aromas and flavours) but these were very much in the minority.  The market has decided that there is no place for thin, hard wines from under-ripe grapes and it is difficult to argue to the contrary.  That said, the panel did sometimes wonder if a fixation with opulence was getting in the way of achieving real finesse and, similarly, if making wines instantly and easily accessible comes at the expense of age- worthiness. Oak, too, in quite a few instances is used as a signifier of costliness and the danger here is that the taste of timber obliterates the fruit.

In more technical terms, the panel noted some wines that seemed to have unfortunate acid additions, wines made from very ripe grapes and then freshened up in the cellar taking on a sweet ‘n sour character. Even more concerning were a few wines that looked less than biologically stable – spoilage yeast Brett may not be quite as rampant as it once was but it surely hasn’t gone away entirely, either.

The best wines, however, are more than just technically sound.  They display both the weight and power to please the modernists but also the complexity and balance to gratify the classicists. All things to all people?

The Top 10 in this report come very close.