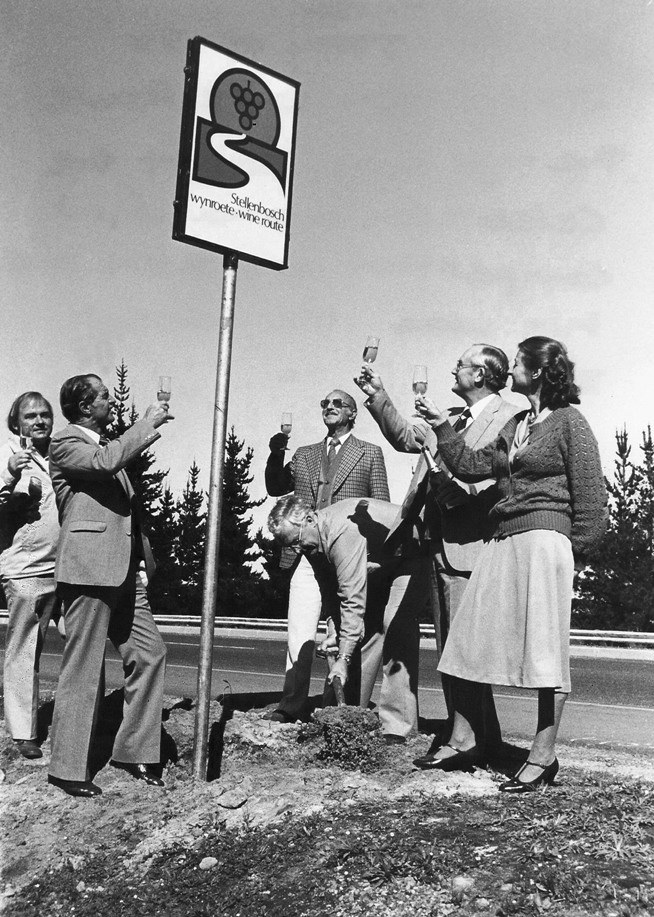 Beyond offering the highest density of exceptional premium wines in South Africa, the Stellenbosch Wine Routes paved the way for the creation of the country’s wine tourism, an industry that now contributes R7.2bn to GDP per year.

“The occasion of our 50th comes at a most opportune time,” says Stellenbosch Wine Routes chairman, Mike Ratcliffe. “The wine industry and indeed, the country, is undergoing one of its most challenging seasons and reflecting on historic achievements is important for the inspiration it provides given the work that awaits us.”

Since its first step 50 years ago, the footprint of wine tourism has extended to wine-producing regions in five provinces with 23 recorded wine routes. The development of wine tourism in South Africa has also led to the transformation of the rural landscape in these wine routes, with state-of-the-art wine estates, graded hotels and event facilities having been added for guests. More than half of member wineries have incorporated food-related experiences into their wine-tourism offering.

Today, the Stellenbosch Wine Routes comprises a myriad of world-class wine tourism encounters in addition to wine tastings. From wine safaris to award-winning gourmet affairs, the Stellenbosch Wine Routes justifiably earns its reputation of being the biggest visitor attraction outside of Cape Town. Every year, hundreds of thousands of guests traditionally visit the area, which is a staple of trips to the Western Cape – for both local and international guests.

In 2019, the Stellenbosch Wine Routes became a founding member of Visit Stellenbosch, the town’s official Destination Marketing Organisation. This joint initiative is unifying Stellenbosch tourism stakeholders under one umbrella with the objective of growing the tourism and experience economy in Stellenbosch for the benefit of all communities.

The same year, the organisation became the first Southern Hemisphere wine region to join the Porto Protocol. Here, it committed to accelerating its focus and efforts on good environmental practice principles and executing projects oriented towards local sustainability. “Stellenbosch’s success is due to the unique combination of several critical factors. These include the quality and number of wineries; the beauty of the surrounding landscape, collaboration; and, availability of cultural tourism that augments wine tourism,” says Ratcliffe.

The Stellenbosch wine region has received the most wine awards per capita than any other of its kind in South Africa, underscoring a link between quality of wine and successful winetourism.

“As the first and largest wine route in the country, Stellenbosch Wine Routes will continue to lead the way. Included in our mandate is challenging local, provincial and national government on issues that affect our members and the industry, collectively addressing climate change as a member of the Porto Protocol and driving the social agenda,” Ratcliffe says.

“Stellenbosch recognises the leadership role it must play on climate change and socio-economic issues too. We are committed as the wine and tourism ecosystem of Stellenbosch to drive environmental protection and social cohesion and foster good principles among all our stakeholders.”

On the effects of the pandemic, Ratcliffe says it demonstrated once again how in times of crisis communities pull together. The industry itself has faced seemingly insurmountable crises in the past and risen to meet the challenges every time.

Vinpro estimates that more than R2.5bn in revenue was lost between March and July 2020, with most losses incurred at the tasting room.

“The impact to profitability, employment and the financial stability of the communities that are dependent on this sector cannot be underestimated either,” says Ratcliffe.

Quick off the mark when COVID-19 arrived on our shores, Stellenbosch rallied fervently to support economically vulnerable people living in and around the winelands. Among theinitiatives was Stellenbosch Unite, through which last year it fed 690 000 people with 207 000 litres of soup and 36 800 food parcels.

This year, it co-ordinated the donation of hundreds of care packages to staff across all roles in the medical sector, including nurses, cleaners, porters, security guards, administrative officers, clinic workers and support staff.

Stellenbosch was also the first destination in sub-Saharan Africa to implement World Travel and Tourism Council-approved stringent health and hygiene safety protocols for the wellbeing of staff and guests. “As a wine route, we continue to put a firm focus on ensuring our wine and tourism eco-system continues to implement these protocols consistently for the safety of our staff and guests,” Ratcliffe says.

During a trip to Burgundy in 1969, Frans Malan (Simonsig) and Niel Joubert (Spier) discovered the famous Routes des Vins at Morey St Denis and saw the possibility of a similar scenario being established in Stellenbosch. Returning home, the two regrouped with Spatz Sperling (Delheim) to form the new organisation and so the Stellenbosch Wine Routes was officially launched in 1971.

At its inception, the Stellenbosch Wine Routes created an organised network of wine farms offering cellar door tastings and, in some cases, light meals. The consumer could then drive from farm to farm to taste and buy wine. The law of the day prescribed that wine had to be sold in cases of 12.

Today, the wine route has five sub-routes offering diverse wine tourism experiences, from all-inclusive luxury wine estates with tasting rooms, restaurants, and accommodation to small boutique wineries. It currently has over 120 wine and grape producer members within the boundaries of Stellenbosch Wine of Origin classification.

• A competition to find a logo for the Stellenbosch Wine Routes in the 1980s produced an unusual result. Many entries were received, including six from Germany. The winner was announced in 1981 on the 10th birthday of Stellenbosch Wine Route, and the logo was adopted and trademarked. The winner, Stan Black, was from outside the region and was acting head of the arts department at the Cape Technikon.

• Founding members of the wine route were instrumental in the establishment of the Wine of Origin system.

• Frans Malan and his founder colleagues of the Stellenbosch Wine Routes challenged the road authorities and in the late 1970s the first road signage for wine farms was approved.