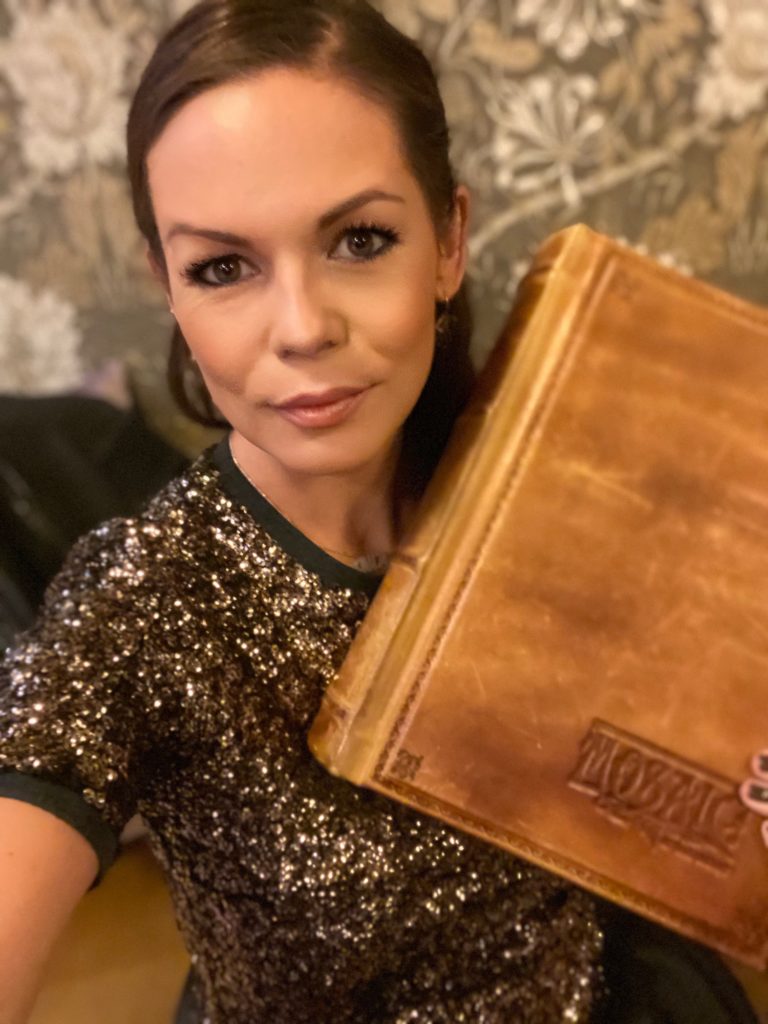 Last night we extravagantly flew to Johannesburg to have one final dinner in one of South Africa’s finest destination restaurants. Over 15 years, The Mosaic has become recognised as a gastronomic powerhouse both locally and internationally.

Chantel combines her classical French training with her love of nature and is well known for creating the art of nature on her plates, with delightful botanical dishes. Inspired not only by her travels abroad, but also by the setting of Restaurant Mosaic at The Orient in the Francolin Conservancy, she is passionate about using organic and seasonal produce with her innovative approach to food preparation and presentation.

“I want to captivate my patrons and involve all the senses, with flavour, texture, beauty and elegance, transforming the act of eating into a sensual experience. This is why I am always there and in charge when the restaurant is open.”

We were taken on a culinary guided tour of Chantal’s passion for botanicals, creative plating, inconceivable and intertwined flavour sensations. Accompanied by what has to be the most extravagant and extensive wine list in South Africa, which travels through the majority of the wine regions in the world.

It is such a loss for the South African restaurant and hospitality industry. Chef Chantel has high hopes of recreating a similar space in the South Of France in the next few years. Until then, she will keep her team together as much as possible and be available for private functions.

Restaurant Mosaic has been awarded a wide variety of international and local awards, including:

The Final Chapter of Our Beautiful Story.

Press Release on the imminent closure…

After fifteen exhilarating years, during which she has delighted thousands of guests and received dozens of local and international awards, the time has come for Chef Chantel Dartnall to close the doors of her beloved Restaurant Mosaic at The Orient Hotel. While this marks the final chapter of the Mosaic story, Chantel’s story continues – and she is excited to embark on a new journey in her life, pursuing a variety of possibilities and stretching her horizons.

When Chantel opened Restaurant Mosaic in 2006, she had a vision: to introduce to South Africa’s culinary landscape the finesse, flavour, and artistry unique to her style of Botanical Cuisine. She knew she had something special to offer… Guests began to travel from near and far to the Francolin Conservancy outside Pretoria – from across Gauteng, South Africa, and the world. Over time, many of them became not only regular patrons but close friends.

Chantel’s creativity and innovation have been widely admired by gourmets, and she is one of South Africa’s most decorated chefs: named TBC Best Female Chef in the World in 2017 and Chef of the Year by the Hospitality Counsel, the Restaurant Association of South Africa, the Haute Grandeur Global Restaurant Awards and the Eat Out Awards (twice). Restaurant Mosaic has been listed among the top 100 restaurants in the world for some time, and is also acclaimed for its expansive but carefully curated wine cellar, having won numerous awards as one of the best wine cellars in the world.

“I am proud that I have been able to pioneer Botanical Cuisine locally,” Chantel affirms, “and it has been gratifying to see that a variety of chefs and restaurants have incorporated some aspects of this style into their own repertoires. My team and I have achieved all that we could have hoped for. We now leave behind a proud legacy as one of the top fine dining restaurants in South Africa, having also established a solid international presence.” Restaurant Mosaic has helped to put South Africa on the map as a gastro-tourism destination; the global media coverage it has received has brought many visitors from abroad.
Throughout, Chantel’s passion and dedication has never waned. Breakfast, lunch and dinner, she has been in her kitchen for every serving at Restaurant Mosaic. Like all artists, however, Chantel also has a yearning to explore, to learn and to dream new dreams. She will start her new chapter next year, after presenting her final dinner service at Restaurant Mosaic on Friday 26 March 2021. So, for the first three months of the New Year, she has the privilege of presenting a “Best of Mosaic” menu to celebrate the last fifteen years.

Announcing the decision to close Restaurant Mosaic gives Chantel the opportunity to reminisce and to reflect on aspects of her legacy that are close to her heart, paying tribute to her “brigade”: both the visible and the hidden members of the team “who work so incredibly hard to position Restaurant Mosaic as one of the most awarded restaurants in South Africa, and to achieve our mutual goal of creating a truly unforgettable dining experience”.

But a restaurant, of course, is nothing without its guests. Over the years, Chantel recalls, “Many patrons have arrived as strangers and have hugged me at the end of the evening as personal friends, confessing that they were emotionally touched by their experience at Restaurant Mosaic. I will miss our incredible guests and the support we have received from the start.”

While she is saying goodbye to her Mosaic “family” of colleagues and guests, this new departure for Chantel gives her the chance to enjoy much-needed personal and family time. Together, they have made Mosaic at The Orient a sought-after haven of tranquility, natural bounty and architectural flair; its distinctive aesthetic (along with its extensive art collection) was inspired by their family travels together, and the three of them have always retained that feeling of wanderlust.
Chantel is known as a chef who has a story to share about every dish she prepares; she is also a bibliophile with an extensive library. So, it’s only appropriate that, when asked what will become of Mosaic and the Orient, she answers this question with that tell-tale twinkle in her eyes, a beguiling smile and a bookish metaphor: “Who knows? All I can say is that it is time for me to close this book and take a different volume from the shelf – or better yet, to start writing another one. The wonderful wide world beckons and my next journey will determine what the new story will be for me to write. Maybe, in time to come and on my return, when I cannot resist the urge, the doors will be flung open again to share my new creations during a festive feast with a select few of our guests.”

For now, Chantel will divide her time between the southern Cape splendour at her secret hide away and La Ville Lumière, Paris, where new projects and further studies await her. She will be focusing on her cookbook, a literary-artistic labour of love three years in the making, full of recipes and insights she wants to share with the world (for those who have dined at Mosaic as much as those who have not) and also with her culinary peers. And not to worry, she reassures her foodie fans, “This is not the end of Chantel Dartnall the chef – I will also be furthering my knowledge of European cuisine, focusing on my French language studies and enhancing my technical skills.”

“During the lockdown in 2020 we have all had a chance to take stock. I have been considering this brave new adventure for a while, and this period helped to solidify my decision. We have attained all the goals we set out for ourselves and I will look back on our accomplishments with gratitude and humility, and at the same time I will embrace exciting new challenges!”

Chantel looks forward to taking up the numerous invitations she has received from fellow chefs all over the world to join them in their kitchens. For some people, home is where the heart is; for others, home is where you hang your (chef’s) hat. For Chef Chantel, who has both South African and international commitments in mind, home has always been where she finds a Lacanche stove in her kitchen. Happily, there are several of these at the illustrious Michelin starred restaurants where she is fortunate enough to call the chefs her friends…

Restaurant Mosaic’s final service will be dinner on Friday 26 March 2021.

With love,
Chef Chantel and The Restaurant Mosaic Team